Scrape data from your web traffic after accessing netflix.com in full accordance with Netflix's Terms of Service. This is a generic tool that works with HAR Files intended for better inspecting network traffic and is no way specialized nor related to netflix.com. 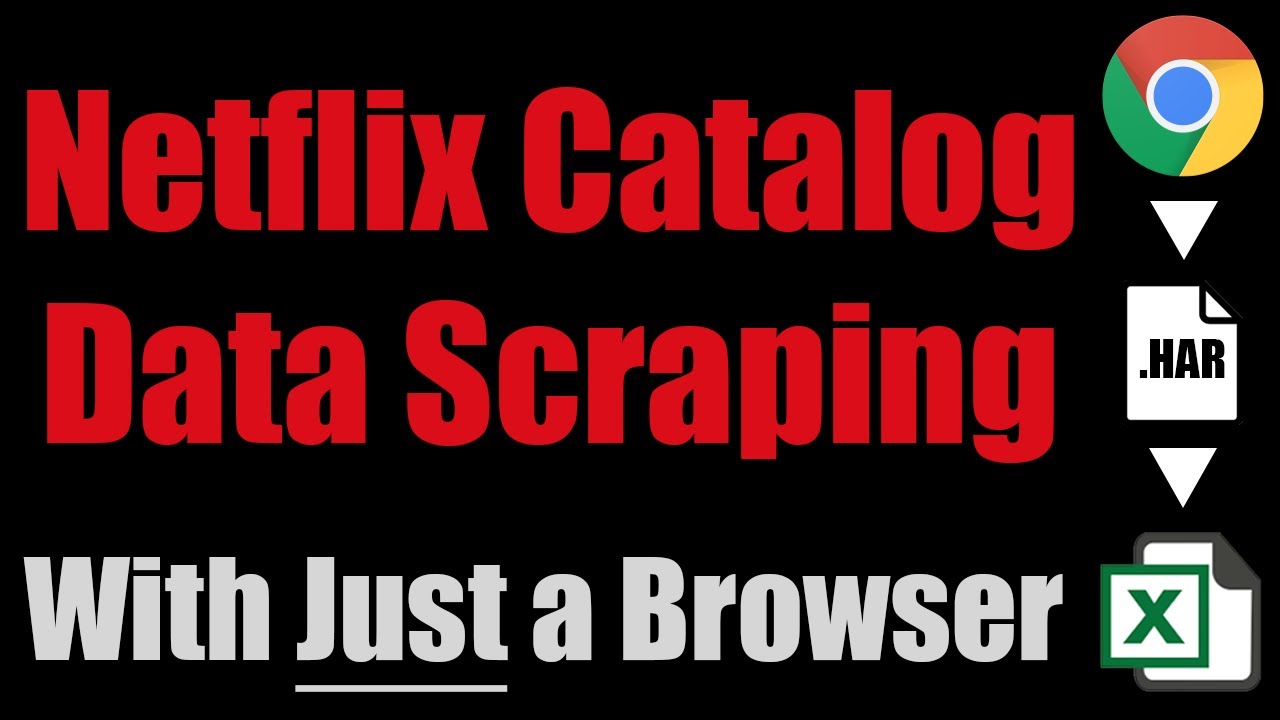 While Netflix used to have an official API in 2014 for scraping publicly available catalog data for movies & shows, it has since been shut down, offering little support for anyone wanting to perform some analysis for movies & shows within the Netflix catalog.

Although Netflix shut down it’s “public” API, Netflix still maintains its own internal, unofficial API it uses to communicate with its webapp, TV apps, mobile apps, etc… And if you intercept the network traffic behind Netflix’s mobile apps, you’ll be able to download the catalog data for your user in JSON format, which will vary depending on the country youre IP address is coming from.

If using the desktop version of Netflix, you can legally scrape your own Netflix catalog data using our HAR File Web Scraper where you can simply use the Netflix website normally (scroll through the data you want to scrape while you’re recording your web traffic), and you’ll be able to download the intercepted data using our platform. Once you’re done scrolling through your own catalog, simply export the HAR file and upload it here and we will extract out the catalog data into downloadable CSV files.

⚖️ Disclaimer: This application is meant to be accessed with the HAR File Web Scraper only. You may not directly access netflix.com using Stevesie or any other automated scraping platform. Learn more here: Is Data Scraping Legal? or check out Bright Data (affiliate link).
Posted by steve on Dec. 6, 2022, 6:32 a.m. 🚩  Report